More we. Often LGBTQI people are said to be a ‘community’. Think I’ve asked here before - are they really a community? Does sexuality define a community? Or is this just another way to marginalise people who are a bit different, by saying they’re ‘all the same’? Patrick White first made me wonder about this, when he criticised the Mardi Gras as not representative of him, as a gay person. Hanna Gadsby makes the same point ironically, calling the LGBTQI community ‘her people’.

There are however groups of people in all walks of life with overlapping desires and interests. That’s something a bit different I think. Similarly as a straight white male, I think it’s important to understand the ways in which that category is real, without necessarily believing that it's a community too. That’s what I suspect irks people most, to be linked to categories or communities to which they don’t feel they belong. But at the same time we need to understand in what ways categories like that are also real, although not communities in the way we normally use that word. It’s more about minorities and majorities I think, not about communities. 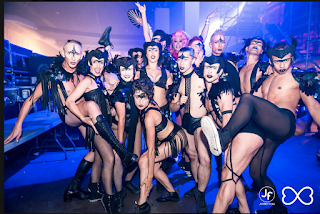 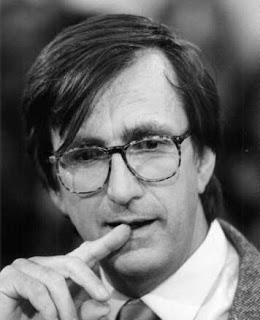 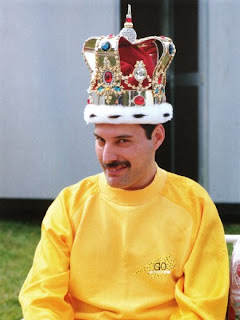 Freddie Mercury. The man that Rolling Stone called a 'fascist'. You can see that evil fascist grin. Alternatively you can do as I do and wipe your arse with Rolling Stone.
If you want a brilliant example of counterpoint in pop music, look no further than Queen's Killer Queen (below). I keep coming back to them because the genius of what they did is still passing a lot of people by. It's still being 'unpacked'.


First and foremost Queen were smart. Smarter than any other band. Not because they had degrees, but because they were one of the few bands who understood that intelligence and Barnum and Bailey style entertainment are not separate. Other bands are either 'serious' (and sing about 'issues', with more or less wit and art), while others are all about pure entertainment. Queen shat all over that distinction.
Critics hated them, and many still do. They trod all over the sacred, pure boundaries of rock and jazz and blues and folk and vaudeville, …
Read more