Showing posts from May, 2012
Show all

What Makes a Great Photograph? 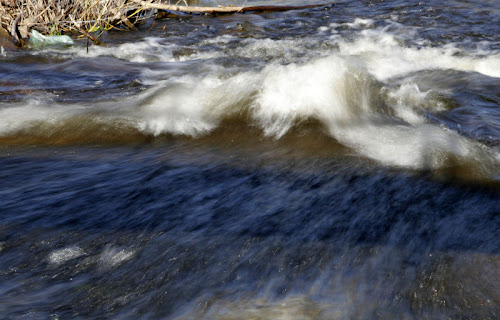 In looking at some of Stanley Kubrick's photos of New York and its people from the 1940s (see here), it reminded me of the ways photographers sometimes try to capture movement. Often this is because it's felt that photography is restricted to the present moment, that it's stuck in the instant. Cinema on the other hand is thought to capture movement, and therefore time as well as space.

One of the most common techniques is to shoot with a slower shutter speed, allowing for a longer exposure time, which will mean capturing more of the movement in a scene during the time the shutter is open. That movement will then tend to look blurred in the final image, which can be a nice effect. When contrasted with those parts of the scene that were relatively still and therefore sharp, it gives a nice effect of adding 'life' to the image - of stretching the instant. Here's a nice example (from WikiCommons, Fir0002/Flagstaffotos):